The Joe Torre Story
And Media Madness
THURSDAY, OCTOBER 25, 2007 -- The relentless coverage of Joe Torre's somewhat inglorious departure as manager of the New York Yankees has brought some random and not necessarily logical thoughts to what's left of my mind. It even spills, however peripherally, into the realm of business travel. 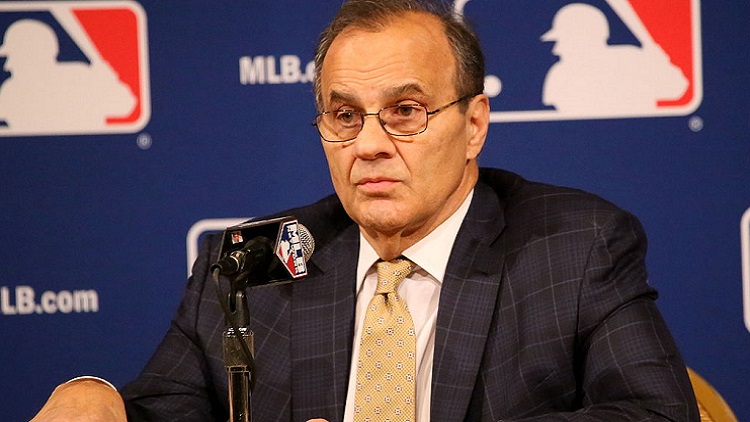 You know of the basic facts by now. The Torre Story has grabbed more headlines, on front pages and back pages and multi-page inserts, in New York and nationally, than any story I can recall. The scope of the media frenzy exceeds most anything I've seen, including war, pestilence and famine or, for that matter, Lindsay Lohan, Britney Spears and Paris Hilton. I don't even include the TV and radio obsessive chatter, which often reached absurd heights during serious airtime. Our cult of celebrity has even begun to pollute mainstream news reporting.

Torre is gone after 12 fabulous seasons at the helm of the world's leading sports franchise, bringing home four World Series rings and making the playoffs every year during his run as skipper. The team made him a one-year offer for 2008, with a base of $5 million and the rest in performance bonuses. And here we go beyond emotional arguments such as respect, most probably into ego on both sides. Torre, who had previously earned $7.5 million per annum, said no.

Many feel that the Yankee brass made Torre an offer he could refuse. Just about all of the sympathy lavished on this situation went to Torre, obviously a great ballplayer, a successful manager with the Yankees and a very fine guy to boot. Words like "class" and "classy" swirled around Torre like a minor monsoon.

Count me as a contrarian in what ultimately amounts to a tempest in a teapot.

Even with the basic pay cut that the Yankees proposed, Torre would have remained the highest-paid manager in baseball. With the incentives, Torre could have earned as much as $8 million if the Bronx Bombers won the World Series next year. I see nothing wrong with a generous income that's partially based on results. In most of my adult management jobs, as much as a third of my income was based on performance. I never had a problem with that concept. As a matter of fact, I welcomed the opportunity.

And it should be remembered that Torre did not bring home a World Series ring during the last seven years of his tenure. In fact, his team never got beyond the first round of the playoffs during the last three years. With an incredible payroll exceeding $200 million and an incredible array of talent (except for the pitching in recent years), the Yankees brass had every right to expect whatever it was that Torre delivered, and maybe more.

In recent years, I personally believe some subtle baseball brilliance left the Yankees dugout with Don Zimmer, a longtime coach and Torre confederate who sat on his right and whispered into his ear during the early, glory years. Zimmer left several years ago after a public dispute with George Steinbrenner, the Yankees' volatile principal owner.

There is also lodged in my mind a comparison, total or partial, between Torre and the late, great Casey Stengel. He, too, managed the storied Yankees for 12 years. He had compiled a below .500 won-loss record in a mercurial managerial career before he came and after he left the Yankees. He was a big winner in the Bronx, but nowhere else. (I particularly remember a fumbling start-up Mets team that Stengel joined in 1962; the Mets never came out on the winning side during the Stengel regime.)

Prior to joining the Yankees in 1996, Torre was much like Stengel. He had an overall losing record with the St. Louis Cardinals, the Atlanta Braves and the New York Mets. His teams won a total of 894 games and lost 1,003. What changed Torre's luck and life? Two factors: One, he ran into George Steinbrenner's bank account. Two, he met a man named Mariano Rivera, perhaps the greatest relief pitcher in baseball history.

We can make a fair assumption here: Both Stengel and Torre could win only when garbed in those legendary Pinstripes and given an endless stream of expensive on-the-field talent.

Not that anything I think or write about his departure is intended to denigrate the Brooklyn-born Torre. He's not only been a great manager with the Yankees, but he also leaves an enviable record as a player. He was a nine-time All-Star and was named the Most Valuable Player of the National League in 1971. This guy was solid as a rock and he certainly deserves a look-see for the Baseball Hall of Fame. He will definitely make it as a manager, but he also deserves consideration as a player.

I got to know Torre personally in the late 1970s, when he was near the end of his playing career with the New York Mets. I seem to recall that Restaurant Associates, a New York-based conglomerate of top-of-the-line dining spots, had also operated, at least for a while, a sports-marketing group. It was run by the legendary sportscaster Marty Glickman and this operation represented ballplayers such as Torre; his close friend, Bob Gibson, an overpowering pitcher and one of the greatest athletes of the last century; and players like Bob Rodgers, a catcher and, later, a manager. I remember Torre as being pleasant, affable and easy to be with. He did not wear his exemplary baseball prowess on his sleeve. The word modest comes to mind, as does the concept of charitable works.

What does any of this have to do with business travel? Well, not much, except for the performance incentives in the contract that Torre rejected. It somehow reminded me of the insane compensation packages being doled out in the corporate world, even for executives whose performances have been anything but stellar.

I can cite chapter and verse in many cases, but I am particularly incensed at the golden parachutes that quite a number of undeserving airline executives deployed as they exited the premises. I am reminded of recent examples at US Airways, United and Delta. Just to provide one example, the two previous chief executives of Delta Air Lines "earned" hundreds of millions of dollars even as they were steering the carrier toward its 2005 bankruptcy filing.

And finally, let me note, without comment, that The Torre Story was augmented with the ongoing tale of a highly regarded Yankees radio announcer. She dissolved into tears on the air in the locker room shortly after Torre and the Yankees lost the final game of their first-round playoffs with the Cleveland Indians. The lady in question later wanted to know what all the fuss was about. I could ask that same question about anything or everything I've written here.

By the way, even though the Boston Red Sox are 2-1 favorites in the current World Series, I'm going with the Colorado Rockies in 7.

A 2020 UPDATE
The Boston Red Sox swept the Colorado Rockies 4-0 in the 2007 World Series. Joe Torre was named manager of the Los Angeles Dodgers on November 1, 2007. Torre took the Dodgers to the playoffs in both the 2008 and 2009 seasons, but lost both times to Philadelphia Phillies in the National League Championship Series. The 2010 Dodgers finished the season out of the playoffs and Torre retired as manager. Since 2011, the now 79-year-old Torre has served in the Baseball Commissioner's office. The New York Yankees missed the playoffs in 2008, the first season after Torre's departure. They won the World Series in 2009, but haven't been back since.