Jonathan Franzen's Three
Novels of Modern Dysfunction
THURSDAY, APRIL 9, 2020 -- The prolific essayist Jonathan Franzen also has written three novels in the last 20 years and I've read them all. I can recommend his fictional efforts if you're looking for a new set of diversions while we wait for the world to reboot and business travel to resume.

Franzen is quite a good storyteller who creates unusual fictional characters. He produces intelligent entertainment in a modern setting and he's generally an easy read.

His first two 21st century novels garnered all kinds of literary awards: There's 2001's The Corrections and Freedom, first published in 2010. Oddly enough, I had trouble getting into both books, but I persevered and actually became fond of the dysfunctional and fascinating characters who populate these stories.

Freedom involves an unusual triangle: The woman in the middle marries one college roommate and hankers for decades after the other. The two men are close friends and the one she marries, Walter Berglund, is a genuine do-gooder whose environmental objectives focus on everything from pursuing greedy coal-mining corporations to saving birds from predatory cats. 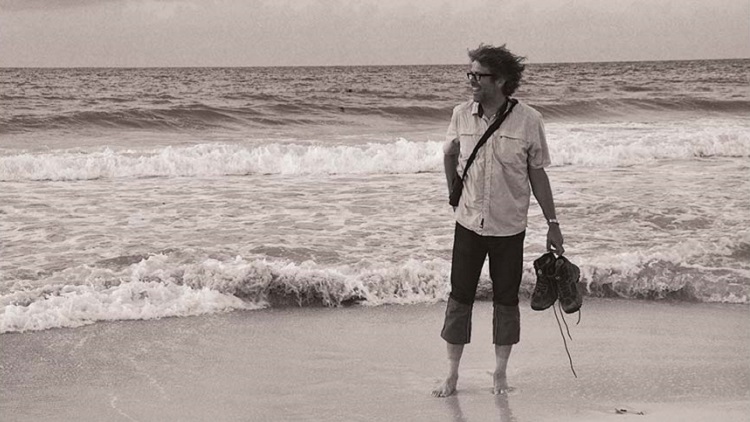 Walter's flawed and ultimately failed exploits with a mining magnate make for particularly compelling reading. However, our hero is more successful in his efforts to safeguard the avian population. His best friend is a jazz musician who performs and writes meaningful lyrics and who seems to spend most of his life fighting off the ladies. One of them, of course, is his best friend's wife. The couple in question has children, a son and daughter, the former providing an entertaining subplot in a book richly endowed with subplots.

In some respects, the earlier entry, The Corrections, is even more improbable. It follows the lives of an upper-Midwestern family comprised of a domineering father; a manipulative mother; a self-righteous lawyer son, who has his own family; another son who spends time in Lithuania, of all places, handling public relations for a quasi-criminal enterprise on the Internet; and a bisexual daughter with a growing reputation as a chef who has a wild romance with her boss' wife.

Franzen's writing in both books is contemporary, relaxed and always enjoyable. There is also a good deal of humor and his characters seem real, although you might expect to find some of their exploits in a TV reality show.

Franzen's latest fictional outing, Purity, came five years after Freedom. It's a protracted and sometimes confusing novel, it's overwritten (576 pages in hardcover) and could easily have been edited down by a reasonable percentage.

Although Purity is hardly a page-turner, Franzen does have a fine way with words. It's filled with quirky philosophical and personal dialog. And despite some bouts of boredom, Franzen kept me engaged until the last page. The resolution of the plot, which includes a murder and a fair number of revealed secrets, ultimately makes sense of the twists and turns that the author uses to connect his characters.

The central player in this farcical drama is a young lady named Purity Tyler, but called Pip throughout. Although she is absent for much of the story, Pip is onstage for many of the opening chapters and again for the finale.

The book spotlights Andreas Wolf, who heads up a fictional competitor to WikiLeaks. Wolf, in fact, is a shadowy duplication of Julian Assange who, incidentally, also appears in this contemporary tale. Born and raised in Communist East Germany, Wolf operates from a paradisiacal valley in Central America. In a book filled with sexual exploits, Wolf's tastes might be said to border on perversion.

Then there is Penelope, Pip's mother, a reclusive former beauty who hides her identity as the daughter of a billionaire. She also declines to identify Pip's father, which drives Purity's frustrated quest to find him. Also involved: Tom Aberant, a successful online news publisher. He lives with Leila Helou, one of his most effective investigative reporters who remains married to her paraplegic husband.

Pip eventually leaves her hometown of Oakland and goes to work as a fledgling reporter for Tom's Denver-based company. It is quite possible that Tom still has the hots for his incredibly difficult first wife, although he would probably deny that allegation. If all of this makes no sense--and we've barely scratched the surface--may I suggest that you sample the first couple hundred pages and decide if you wish to continue.

A novel often based on coincidence, Purity leaves you with an ambiguous ending that has to do with the eternal subject of love. Does it heal all? It depends, Franzen concludes.