The Company Makes Good Company While We Wait
THURSDAY, APRIL 2, 2020 -- Looking for a good read while we wait for the world to return to what we might consider normal? The Company is a fine novel about the inner workings of the CIA. It focuses particularly on major events such as the 1956 Hungarian Uprising, the disastrous Bay of Pigs invasion of Cuba in 1961 and the attempted coup in 1991 that eventually led to the removal of Russia's relatively progressive leader, Mikhail Gorbachev.

You'll recognize many of the crucial players on the world's stage at that time, by name, although I'm not sure that everything is fully factual. Obviously, the conversations are imagined by author Robert Littell, whose nearly 900-page narrative was published in 2002. Whatever the relation between fact and fiction in this novel, it's an absorbing read and was turned into a 2007 mini-series produced by Ridley Scott.

Aside from genuine entertainment, The Company nudged my memory in a way that brought back several of my direct experiences with events in the novel. Not that I was directly involved in any of these great global matters, you understand, but I occasionally stepped into their periphery.

In November, 1956, for example, a close friend called to tell me that one of his cousins and his cousin's wife had recently escaped from Budapest on foot into nearby Austria. It was a harrowing experience and the escapees were now waiting for him to pick them up at the U.S. Reception Center at Fort Dix, New Jersey. Would I like to come along, he wondered.

We drove down from Manhattan to the military base in Central New Jersey. Once at Fort Dix, there was some paperwork and other formalities. But what sticks in my mind was the wife. An attractive young woman in her mid-20s, her hair turned white in a matter of weeks during the uprising and her passage to Vienna and New York.

As we left the base, stopping at an exit gate, a tall, imposing, state trooper, with a traditional, broad-brimmed hat, leaned down, looked into the car and said, "Welcome to the United States."

He could have come directly from central casting.

In mid-December, 1958, my then wife and I flew to Mexico on Cubana de Aviacion. On the way back, we planned a few days of layover in Havana, the Cubana capital and the hub of Cubana's operations.

We flew on propeller-driven Super Constellations, which were nearly empty because of the fighting underway in Cuba between the government of strongman Fulgencio Batista and the rebels led by Fidel Castro. The flights were also distinguished by the fact that men in military fatigues carrying machine guns were seated at the door to the cockpit, facing into the passenger cabin.

Once in Havana, we stayed at one of the city's swanky resorts. On New Year's Eve, we sat on our terrace and listened to gunfire as the rebels advanced on Havana. We left the next day, glad to get out without any particular difficulties. Of course, a much more dramatic and fictionalized version of the fall of Battista was a centerpiece of The Godfather, Part II.

During the height of the Cold War between the West and the Soviet Union, I was a guest on a 1968 Pan American World Airways inaugural flight from New York to Moscow. We landed in the Russian capital on August 19, just in time to be there the next day when Soviet and other Warsaw Pact troops invaded Czechoslovakia to end the so-called Prague Spring.

Many in the inaugural party wanted to fly home, but the American ambassador to the Soviet Union asked us to proceed with our tour in order not to further inflame feelings between the two countries. Although more than 50 years have passed, there were certain incidents and anecdotes that I still recall quite vividly. 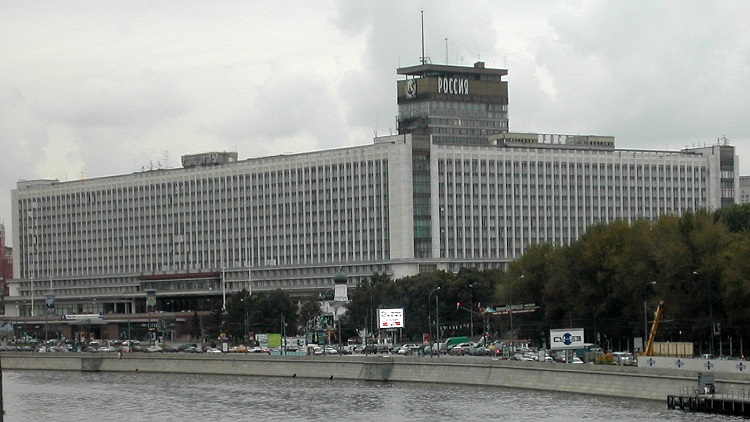 We stayed at the huge, sterile Hotel Rossiya (left), a hulking example of Khrushchev-era architecture. Soviet "security" was everywhere--and each floor of the hotel had a stone-faced woman seated at a table by the elevator to make sure you were who you were supposed to be. I bet one traveling companion that I could make one of the women smile. We bet a dinner in New York--which I paid off when we returned home. (The 3,000-room Rossiya was demolished more than a decade ago and the area turned into a park.)

I also recall that when one of our companions left the group to wander off, even for a few seconds, he was immediately followed by one or two men in white shirts, baggy pants and scruffy shoes. The white-shirted watchers were tailing us for our own protection, our guides and escorts told us.

There was also a dinner, where, in the grand tradition of Peter Sellers, the entire dais emptied, one American followed by one Russian, at a time. It all began when our ambassador walked out to express America's disapproval of the Russian invasion of Czechoslovakia.

We were, however, invited to visit the Bolshoi to see a performance of Tchaikovsky's Swan Lake by the Riga Ballet Company. We sat in a central section in front of the stage, as conspicuous, honored guests. When the second act began, only three of us remained. The rest of our fellow travelers had fled back to the hotel to visit the bar or to seek other entertainment. It was embarrassing both to us and to our hosts.

When we reached Leningrad--it's now called St. Petersburg again--there was a scene at the front desk during our hotel check-in. A clerk chatted with some of us in English. One of our security escorts must have said something to the general manager and he came out and publicly and loudly dressed down this young man for such an obvious infraction against the Soviet nation and the Communist Party. We all hoped that the desk clerk would keep his job. Whether he did--and whatever happened to him--is anyone's guess.

When we got to the resort city of Sochi on the Black Sea, we met three college students on vacation from East Germany. We invited them to join us where we were sitting on the beach and then invited them to several of our meal functions. We discovered later that, on our second night in Sochi, the three young ladies were taken into a police station and questioned for hours. The police wanted to know what they'd discussed with their new American friends; what we had asked them; why we had invited them to dinner; and what they had told us. Luckily, they were released and spent another day with us before we departed.

Although I could unearth a few other anecdotes related to the incidents described in The Company, I'll just leave you with this recommendation: It's a good read for our long stay-at-home "holiday."