A Funny Lafayette Biography That's No Laughing Matter
THURSDAY, FEBRUARY 20, 2020 -- I have read numerous books over the years covering various periods in world history, including best sellers by acclaimed historians such as David McCullough and Doris Kearns Goodwin. Yet even the most well-written and well-researched ones couldn't be described as witty and I can't remember smiling very often.

Then I discovered Lafayette in the Somewhat United States. The title itself hints at author Sara Vowell's mischievous and irreverent take on what is often an overly academic and staid genre. And her opening line--"How did the Marquis de Lafayette win over the stingiest, crankiest, tax protestors in the history of the world?"---confirms this as an unconventional work of historical biography.

In a revealing Smithsonian interview when the book was published in 2015, Vowell says she doesn't think of herself as a historian, nor does she like being called one.

"That's one reason I don't have footnotes ... or chapters. I just want to get as far away from the stench of the textbook as I can," she explained. "I inject myself and my opinions … in a way that is not historian-y."

Vowell has, however, done the extensive research that you'd expect from a fine biography. Traveling to various historical locations--Am I the only one thinking Lafayette, we are here?*--she breathes life into her primary source material. But Vowell isn't writing an all-encompassing biography. Instead, she is determined to be more "relevant [rather] than exhaustive."

As a result, Lafayette in the Somewhat United States is genuinely both entertaining and informative.

You may already know the multitalented Vowell. She's also an essayist, journalist, humorist, social commentator and actress. She had a notable stint on public radio's This American Life. Her earlier books include Take the Cannoli: Stories From the New World, Assassination Vacation and Unfamiliar Fishes, a 2011 best seller on Hawaii's history.

But let's be clear: This chuckle-inducing narrative, although sprinkled with memorable quotes, colorful anecdotes and pop-culture references, is a serious undertaking that's executed with style and elegance. Vowell's sense of humor in no way diminishes the accuracy of the account of Marie-Joseph Paul Yves Roch Gilbert du Motier--or the Marquis de Lafayette as he was known in the United States. 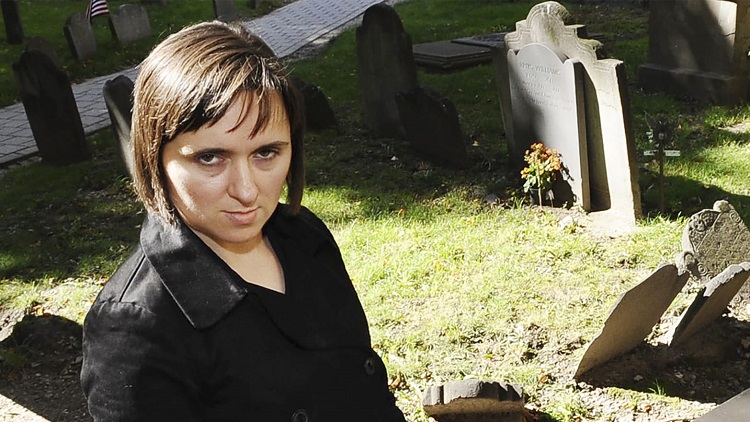 Still in his teens, with a wife, a child and another on the way, the fiercely independent Lafayette defied his powerful father-in-law who forbade him to leave France. The aristocrat and military officer, who came from a long line of soldiers, crossed the Atlantic to fight with the revolting Americans.

Vowell closely examines Lafayette's motivation and concludes it was part love of the colonies and their idealistic principles; part revenge against the Brits who killed his father in the Seven Years' War; and, perhaps, part desire to get away from his in-laws and family situation.

She naturally discusses the activities and successes of a man described as "America's Best Friend" and "The Hero of Two Worlds." But Vowell is also writing about Lafayette as a way to explore the American Revolution and its aftermath. In fact, Lafayette is MIA in parts of the book. Along the way, Vowell refers to the revolutionaries as "financially strapped terrorists" and delivers some harsh assessments of all the parties here and abroad.

As we read what might also be called a comedic travelogue, we gain insights into how France's infusion of money, men and weapons influenced the outcome of the war and what the French gained from their support. Helping the colonies succeed against the British was thought to be a way for the French to avenge themselves after what we call the French and Indian War, the nine-year-long conflict that ended France's foothold in the colonies.

Vowell notes that France's aid--including naval fleets, aka "deep-sea Death Stars"--was a deciding factor in winning the Revolutionary War. "Jefferson's pretty phrases," she notes, "were incomplete without the punctuation of French gunpowder." It's a teaching moment, if you will, as to how alliances are created and nurtured among countries. It also highlights the important role that individuals such as Lafayette, who returned to France to enlist additional aid for America, play in that process.

One of the highlights of the book was the depth of Lafayette's father-son-like relationship with George Washington. The former was an orphan since childhood, the latter was childless. The genuine affection and mutual admiration was crucial during the war. When Washington faced numerous desertions, it was Lafayette who repeatedly stood fast, rallying the troops and never refusing an assignment. And it was Washington who, against the odds, successfully lobbied Congress to make the young foreigner a major general in the American military.

Upon his return to France, Lafayette played key roles in the French Revolution and the July Revolution of 1830 and eventually become one of the country's elder statesman. Vowell also writes of Lafayette's triumphant return to America in 1824 at the behest of President James Monroe. As the embodiment of the French and a man who was loved by Americans because of how much he loved them, he toured all 24 states in what some might call a lovefest. Americans turned out in droves to welcome him, including a reported 80,000 New Yorkers, or about three-quarters of the population. His popularity in the United States was memorialized by naming numerous public works--streets, parks, fountains, bridges--and at least one college and several cities and towns in his honor.

Vowell's infusion of contemporary slang, celebrities, recent events (Bridgegate, for example) and even everyday items (a George Foreman grill!) helps lighten up the drama of war and broaden the book's appeal. But it is the similarities of some elements of America's past--a decidedly contentious political environment, a divided country and threats to democracy--that make this retelling both relevant and relatable.

* The famous phrase was erroneously attributed to General John J. Pershing, but actually was spoken by Colonel Charles E. Stanton during a speech honoring Lafayette in Paris on July 4, 1917.