What to Read in 2020:
A Personal Top-Ten List
THURSDAY, JANUARY 16, 2020 -- Looking ahead to a year of airport delays and other schedule-bending issues, I've compiled a list of ten books that I'd like to read while waiting out the disruptions.

I can't guarantee that I'll get through all of them, of course, but this is my choice of literary diversions. All these titles are from authors I admire and whose writing has appealed to me in the past.

COCKROACHES AND LE CARRÉ
With Brexit finally upon us, Ian McEwan's The Cockroach is especially timely. Dubbed a Brexit farce by some reviewers, the 2019 political satire calls to mind Kafka's classic Metamorphosis. McEwan's twist? A cockroach is transformed into the British prime minister and wakes up in 10 Downing Street. It's hard to imagine making the real-life antics surrounding Brexit more absurd, but McEwan's parallel universe--which includes a cabinet of cockroaches in "superficial human form"--could make for an amusing novel. 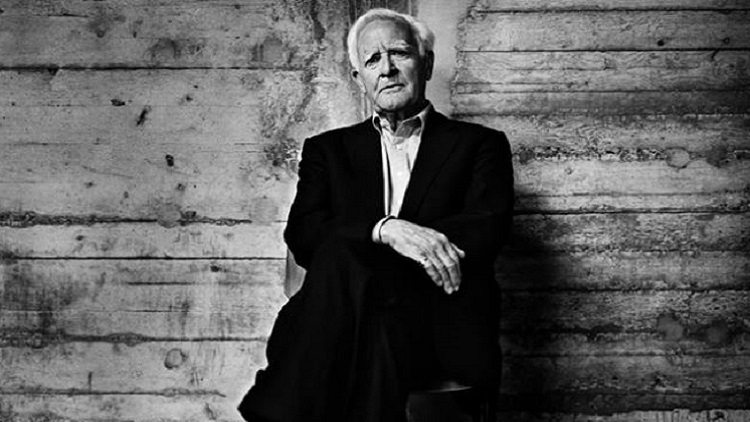 As an 88-year-old, I'm heartened by the overwhelmingly positive reviews for Agent Running in the Field, a new spy novel from 88-year-old John le Carré. Published in October, the latest from the best-selling author is proof that age hasn't dimmed his creativity and craft. This time around le Carré follows a late-40s, mid-level officer (an agent runner) in Britain's Secret Intelligence Service on what he believes are his last days on the job. But, like The Godfather III, just when you think you're out … they pull you back in. With what reviewers note as some strong political overtones—and a very unusual and clever plot element--this contemporary spy thriller is likely to keep me engaged.

THE AMERICAN WAY
The latest from David McCullough, the brilliant historian and Pulitzer Prize winner, focuses not on a single person, but a group of courageous individuals. Published last May, The Pioneers: The Heroic Story of the Settlers Who Brought the American Ideal West covers the adventurers who developed the wilderness of the Northwest Territory beginning in the late 1780s. In our world of relative comfort and convenience, it's difficult to imagine the hardships they faced--and overcame--to ensure universal free education, religious freedom and the end of slavery.

What qualities does it take to lead in troubled times? Historian and Pulitzer Prize winner Doris Kearns Goodwin considers the matter in Leadership in Turbulent Times.. Published in 2018, she details how several presidents--Abraham Lincoln, Theodore Roosevelt, Franklin Roosevelt and Lyndon Johnson--led in the face of personal and professional crises and challenges. I'm looking forward to this presidential biographer's assessment of how factors such as adversity, character, background, temperament and ability colored their time in office.

Of the books I've yet to read on what remains a subject of interest to me, The War That Forged a Nation: Why the Civil War Still Matters is high on my list. It's a 2015 entry from Pulitzer Prize-winning Civil War historian James McPherson. In a series of self-contained essays, McPherson explores the war's causes and consequences in an attempt to help us better understand how challenges facing our government today have their roots in the Civil War. He believes they are as "relevant and controversial" as they were in the 1860s, but notes that others may not agree with his interpretations.

WORLD WAR TWO, REAL AND IMAGINED
The prolific journalist Sir Max Hastings, known for his highly praised books on the world wars of the 20th century, returned in 2019 with Chastise: The Dambusters Story 1943. It zeroed in on the thrilling, real-life exploits of the men involved in Operation Chastise. Its goal: Destruction of the Mohne and Eder dams in Northwest Germany by the RAF's 617 Squadron on two nights in May, 1943. I'm familiar with the classic 1955 docudrama and I've read another book on this, but I'm looking forward to Hastings' take on these heart-stopping events.

One of my favorite novelists, Alan Furst, also returned to World War II in 2019. Under Occupation is the latest in his Night Soldiers series of historical suspense novels. Set in Occupied Paris in 1942, it's a cat-and-mouse thriller that follows the dangerous assignments of spies and French resistance fighters working to defeat Hitler. The twist here: How a character named Paul Ricard, who only imagines and writes spy novels, winds up joining the action.

NOTABLE NOVELS
My initial acquaintance with Peter May was his award-winning Lewis Trilogy of suspense novels set in the Outer Hebrides of Scotland. As in those earlier books, Entry Island is said to demonstrate his ability to skillfully merge fact with fiction in an atmospheric, character-driven novel with historical roots. This 2014 murder mystery is set in the remote Madeline Islands off the coast of Quebec. May segues from the crime at hand to a painful ancestral tragedy in British history.

Reviews are mixed on Love Is Blind, William Boyd's 2018 novel, but that won't stop me from trying what sounds like a very entertaining work of historical fiction. It's the tale of an early 20th-century, twenty-something Scottish piano tuner sent to Paris to help open a branch of the company for whom he works. As he builds the firm's brand, he seeks an endorsement from a famous musician. The vision-impaired tuner falls madly in love, and lust, with the musician's mistress, a Russian singer. As it becomes more difficult for the lovers to keep their secret, the action, and an entourage of characters, moves to Russia.

It's not surprising that Anne Patchett's 2019 novel, The Dutch House, would be among my 2020 fiction picks. I'm a fan of her work and can't wait to start this gifted storyteller's latest. This decades-long tale is the story of a brother, a sister and a home that their father purchased for the family. The novel is said to cover powerful subject matter: Real estate as the root of familial conflict. The power of the past to drive the present. The struggle of sibling relationships.

THE ELEPHANT IN THE ROOM
By the way, if impeachment has whetted your appetite for scholarship about commanders-in-chef past, consider my reviews of All the Presidents Books covering the 19th-century and 20th-century occupants of the White House.