All the President's Books:
Holiday Gift Guide II
THURSDAY, DECEMBER 19, 2019 -- The Iowa Caucuses, the official start of what's likely to be the most contentious election in our lifetime, are just weeks away. All the more reason to consider giving the gift of monumental presidencies past. 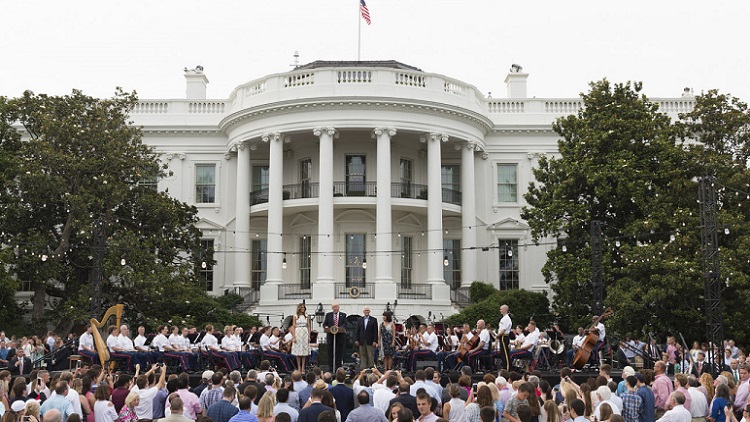 Last week we discussed some notable works about presidents from the 18th and 19th centuries. Let's now consider transformative presidencies of the 20th century. Here are brief reviews of nine books by and about four men who changed the course of the nation while they were occupants of the big White House at 1600 Pennsylvania Avenue in Washington.

THEODORE ROOSEVELT
Edmund Morris' biographical trilogy about Theodore Roosevelt, our 26th president, is a masterpiece of research and a literary achievement that often reads like fine fiction. "Teddy" is a subject of colossal and never-ending interest. He is a trust-buster; an elitist; a warm, loving father; and a devoted husband. He had an obsessive desire for power. He was the moving force behind many American national parks and monuments, but also a ruthless hunter of big game. TR was also the most prolific president in history, writing thousands of newspaper and magazine articles and dozens of books on his sojourns, political views and other personal experiences. In 1912, when he ran for president on the Bull Moose Progressive ticket after splitting from the Republican party, he was the victim of an assassination attempt. He then carried a bullet in his chest until his death in 1919. (Read my full review here.)

The River of Doubt: Theodore Roosevelt's Darkest Journey is Candice Millard's beautifully written 2005 account of a dangerous and desperate Amazon River journey undertaken after he'd been defeated in 1912. He was looking to bury his psychic wounds in a test of outdoor strength, something he'd done throughout his life. But the Brazilian adventure was beyond his capabilities and it almost cost him his life. He survived the thousand-mile, piranha-infested River of Doubt, but the arduous journey destroyed his health. Millard tells us of stifling heat; incessant rainfall; veils of insects and bugs; and barely visible poisonous snakes. And, of course, there's the omnipresence of disease, particularly malaria. (Read my full review here.)

FRANKLIN DELANO ROOSEVELT
The Hazel Rowley 2010 joint biography, Franklin and Eleanor: An Extraordinary Marriage, covers the entirety of this unconventional relationship, from the day the distant cousins first meet (at age two for her, age four for him), to his death in 1945 and hers in 1962.

Their 1905 Manhattan wedding was hardly a run-of-the-mill affair. The bride was given away by her uncle, then-president Teddy Roosevelt, also Franklin's cousin. It is a plush lifestyle, with fancy city apartments; a huge family estate in rural New York; and a vacation retreat on Campobello Island. At some point along this seemingly enviable road, Franklin has a romance with Lucy Mercer, the first of several liaisons. In the summer of 1921, Franklin, then a healthy 39-year-old, contracts polio and forever loses the use of his legs. This fact is deftly kept from the American people almost until his death in the early months of his fourth term.

Meanwhile, Eleanor evolves into a significant national figure and moves out from behind the shadow cast by her husband. She becomes deeply committed to women's rights, she champions the poor and speaks out against injustice wherever she finds it. She launches a popular daily newspaper column and becomes a highly political cheerleader for her husband's many campaigns. Along the way she engages in at least one lesbian relationship and, possibly, a heterosexual affair. (Read my full review here.)

HARRY TRUMAN
Truman, penned in 1992 by master biographer David McCullough, is fascinating from beginning to end. It covers then-Senator Harry Truman's bizarre nomination to the vice presidency in 1944; his decision in 1945 as president to use the A-bomb; the Berlin airlift in 1948; the removal of General MacArthur in 1951; and many other highlights. But this masterwork leaves an interesting question unanswered: Why was Dwight Eisenhower so icy to Truman during Ike's eight years in office?

A farmer, courageous artillery captain on the front lines in France during World War I and failed Kansas City haberdasher, Truman eventually became a politician in Missouri's mighty Pendergast machine. That brought him to the Senate, yet Truman barely knew Roosevelt when he was nominated as his vice president. His distant relationship with FDR continued even after the election victory and until FDR's death in April, 1945. Now considered one of the great presidents, Truman published his memoirs in two volumes. Like Truman himself, the memoirs are dry, wry and spry and more like a written documentary than an emotional tell-all. Truman rarely defends or explains and never complains. (Read my full review here.)

LYNDON B. JOHNSON
LBJ: The Way He Was is a little-known 1977 portrait of the ebullient Lyndon Baines Johnson. Out of print but still available via Amazon.com, it was written by Frank Cormier, the Associated Press White House correspondent who covered LBJ throughout his 1963-1969 presidency. That includes the 1964 campaign, which pitted Johnson, who had a reputation for intrigue, manipulation and arm-twisting, against Barry Goldwater, a controversial, powerhouse conservative Republican Senator. Rough as it was, that election was restrained, if not tame, compared with today's shenanigans.

Cormier's tightly knit collection of insider anecdotes and career highlights begins practically at the moment LBJ takes office after John F. Kennedy's assassination in November, 1963, until he announces to a stunned nation in March, 1968, that he would not seek a second full term. (Read my full review here.)