Holiday Gift Guide I:
All the President's Books
THURSDAY, DECEMBER 12, 2019 -- At the beginning of what may be the most contentious and significant election ever, I thought my annual gift guide could focus on monumental presidencies past.

Over this column and the next, allow me to recommend great reads about presidents who changed the course of history. Any or all of these books would make a fine holiday gift for those who care about how our country was influenced by the occupant of the big White House at 1600 Pennsylvania Avenue. 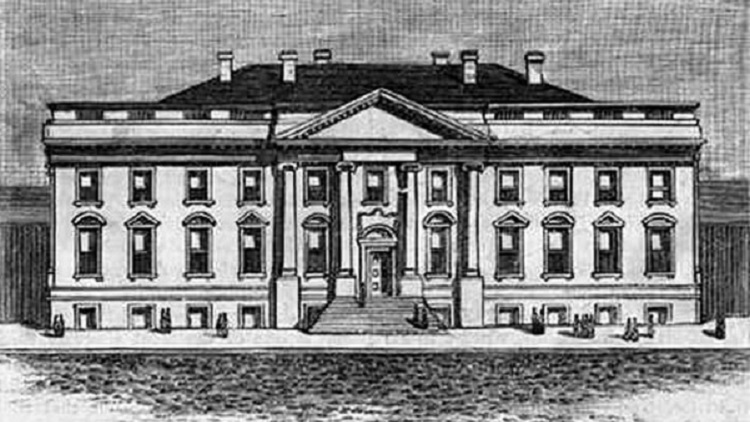 First up this week, presidents of late 18th and the 19th century. Next week, the column shifts to 20th-century occupants of the White House.

JOHN ADAMS
The first book I read by the eminent historian David McCullough was his Pulitzer Prize-winning 2001 biography of John Adams. Largely overlooked among the founding fathers until McCullough's treatment, Adams had the unenviable task of replacing George Washington as the nation's second president. As explained in this epic work, Adams' single term was contentious, often frustrating and unfortunately noted for the Alien and Sedition Acts. They set the precedent for punitive immigration laws and criminalizing negative comments about the federal government. John Adams was McCullough's third presidential biography and was turned into an HBO mini-series in 2008.

THOMAS JEFFERSON
American Sphinx: The Character of Thomas Jefferson by Joseph Ellis reminds me that the more I read about this particular founding father, the less I'm inclined to like him. An example: He hired a slanderer before and after he becomes a felon to malign John Adams in the bitter presidential race of 1800. That was particularly reprehensible when you consider the two men had been close friends and colleagues and, much later in life, would resume a now-famous correspondence. And when Jefferson died, unlike George Washington, he failed to free his slaves. Ellis' award-winning 1996 reexamination of this most contradictory founding father was the basis for Ken Burns' acclaimed 1997 documentary.

ABRAHAM LINCOLN
When I was growing up, Abraham Lincoln was a mythic figure who seemed somewhat unreal. As I learned more about our 16th president, he seemed almost too good to be true. And, of course, he was. An astute politician who always had his eye on the election, the man who would become The Great Emancipator did not start out in his political career as a dedicated opponent of slavery. Eric Foner's 2010 work, The Fiery Trial: Abraham Lincoln and American Slavery, details the complexity of Lincoln's struggle. He saw slavery as a great evil but had no early aspirations to abolish it. He expected that freed slaves would eventually be sent to a colony of their own in either Africa or Latin America. And until the first shots were fired at Fort Sumter, he hoped cooler heads would prevail in the South and secession would not come to pass. (Read my full review here.)

Team of Rivals: The Political Genius of Abraham Lincoln shows Lincoln at his bureaucratic best. The 2005 Doris Kearns Goodwin classic chronicles how Lincoln brought together his three competitors for the 1860 Republican Party nomination, thus forging a highly effective cabinet from diverse talent, egos and political perspectives. Beyond a highly sympathetic portrait of Lincoln and his family, the chief characters are finely drawn and include: William H. Seward, who became Secretary of State; Salmon P. Chase, who became Secretary of the Treasury; Edward Bates, who became Attorney General; and Edwin M. Stanton, whose contribution as Secretary of War is sometimes downplayed or overlooked. (Read my full review here.)

ULYSSES S. GRANT
Biographer Ron Chernow has produced a masterful epic that revisits U.S. Grant, the man who made America whole again. In Grant, an exhaustive work that comes in at more than 1,000 pages, Chernow empathetically but fairly recounts Grant's shortcomings and failures. But he clearly set out to give this remarkable American his due. You can't help but be amazed by the life story of the self-deprecating, depressive Grant. He could barely get a commission at the beginning of the Civil War, yet ends it as the victorious supreme commander. Just four years later, he is elected president at age 46, the youngest ever at the time. Then he writes a best-seller on his deathbed. Grant, a best-seller when it was released in 2017, is a terrific journey into the life of one of the most consequential figures in American history. (Read my full review here.)

JAMES GARFIELD
History tell us that a man named Charles Guiteau shot President John Garfield on July 2, 1881, as he embarked on a family vacation mere months after he took the oath of office. History also tells us that Garfield did not die on the dirty floor of the Baltimore and Potomac Railroad Station in Washington. He lingered 79 days, dying on September 19. But we need Candice Millard's Destiny of the Republic: A Tale of Madness, Medicine and the Murder of a President to understand this eerie and largely forgotten page in the American saga. This addictive 2011 historical biography reveals how a healthy, 49-year-old man, who could have survived his wounds, was robbed of his life in what may have been the most egregious case of malpractice ever perpetrated. (Read my full review here.)