The Great Man, His Women and Their Many Secrets
THURSDAY, NOVEMBER 21, 2019 -- In The Great Man, the 2007 New York Times best-seller and winner of the prestigious Pen/Faulkner award for fiction, author Kate Christensen has assembled an eccentric roster of engaging adult characters in an amiable and frequently amusing bit of make-believe.

Oscar Feldman, an American painter of some renown, is "the great man" referenced in Christensen's title. He is ostensibly the central character, but it is actually three women who are the heart and soul of this art-world novel set in Manhattan and Brooklyn. Abigail is his rich and seemingly accommodating wife, with whom he has an autistic son. Claire St. Cloud, nicknamed Teddy, is his main (but not only) mistress of some 40 years. She is also the mother of his two daughters. Maxine, Feldman's older sister, is a successful abstract painter in her own right.

Five years after the fictional Feldman's death in 2001 at age 78, two biographers undertake a series of interviews that they hope will uncover aspects of his personal and professional lives. Henry Burke and Ralph Washington are each at first unaware of the other and each has his own reasons why they believe Oscar merits a biography. Their one-on-one sessions with Teddy, Maxine and Abigail reveal how each woman viewed Feldman, in life and death, echoing the contradictory nature of the characters' tales in Rashomon, the 1950 film classic. 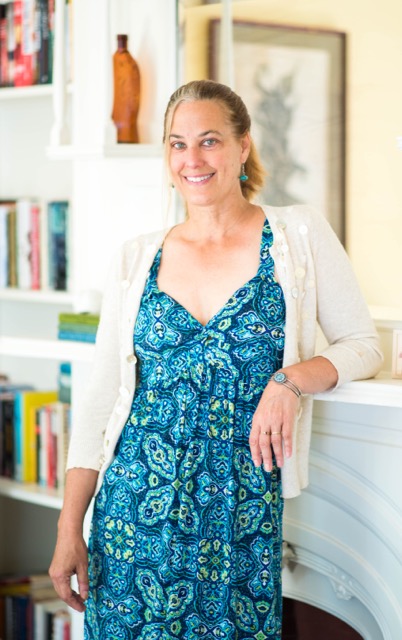 As the two fictional biographers question the women, Christensen artfully reveals how their relationships with the egocentric, womanizing Oscar shaped their lives. Each woman has her own concerns about, and opinions of, the two biographers and their motives for writing about Oscar. These views play a role in what the three women share--or don't. It's clear they have their own agendas for these conversations.

Their musings also reveal as much, if not more, about themselves as they do about Oscar. Their words lay them as emotionally bare as the nude figures that Oscar painted to the exclusion of anything else.

Then there are the secrets that spill out, some accidentally but others, it seems, deliberately shared to divert attention or frustrate the two biographers' efforts to analyze the women and Oscar. Maxine's longstanding secret drives the story and it adds an air of suspense. Will it be revealed and if so, what of the fallout for Oscar's legacy and the women?

The biographers' questions trigger memories and a series of unplanned confessions about the women's time with Feldman. Besides his obvious philandering, he often literally abandoned them. One example: Oscar never gave his mistress Teddy any support, financial or otherwise, for her or their daughters. Yet it becomes clear that Oscar is loved. Teddy and Abigail say he made them feel heard and appreciated. He also evoked a fierce sense of loyalty to his artistic reputation.

Given Oscar's self-absorption and, some might say, abusive behavior, a reader could question Teddy and Abigail's devotion. Yet they have no illusions about Oscar's true nature. "He was the most selfish man who ever lived," Abigail says unapologetically. Reading Teddy's riff on who wields the power in a relationship or Abigail's self-aware insights into why she and Oscar remained married, it's clear that these women do not view themselves as victims. So it is learning what these women willingly gave up to endure with Oscar that intrigues us.

I most liked Maxine, who had a competitive, contentious but almost nonexistent relationship with her brother. She seethes with unrealized ambition. Strong-willed and outspoken, she is more vulnerable than she appears. It's hard to imagine the softer side of a woman who has earned the nasty nickname "Crankypants," yet her heartbreak in the wake of a painful revelation from her past love, Jane, shows her fragility. So does her fondness for her dog, Frago, on view during daily walks in the park. The charming interludes are also an important plot device.

It is Maxine who brings the other two women together for the first time. Her goal: solidarity to ensure that Maxine's secret is not revealed in order to protect Oscar's reputation from the two inquisitive biographers.

Along the way we meet a variety of peripheral characters: Lila, Teddy's childhood friend; Lewis, Oscar's lawyer, for whom Teddy once worked as a secretary; and Moe, whose especially cruel betrayal by Oscar ended what had been a close and longstanding friendship. As in Oscar's life, his son and daughters get short shrift. Only bits and pieces of information are sprinkled about although there is one unexpected and humorous development.

The Great Man begins with Oscar's "obituary" in The New York Times and ends with a faux Times book review, aptly headlined "Two Portraits of the Artist as a Bad Boy." The review contrasts Washington and Burke's books about Feldman and provides some insight into which one may be more successful.

How far will the trio go to protect Oscar's legacy? Will they succeed? I won't say a word. Suffice to say that the answer will be welcomed by some readers even as it is sure to frustrate others.