How Tara Westover
Educated Herself
THURSDAY, AUGUST 22, 2019 -- Educated: A Memoir has deservedly garnered many accolades and awards since its publication early last year. It's been on the best-seller list for 77 consecutive weeks and has many famous fans, including Bill Gates, Oprah, President Barack Obama and his wife, Michelle.

It certainly aroused both my admiration--for Tara Westover, an out-of-nowhere, first-time author--and amazement at the grip the work exerted on me.

Educated is the author's deeply personal journey, going from no formal education or home schooling to receiving a scholarship and a fellowship to two of the world's most prestigious schools. From an Idaho junkyard, Westover progressively works her way through Brigham Young University, Trinity College (Cambridge), Harvard and back to Cambridge, where she earned a doctorate in history in 2014.

To fully appreciate what the author overcomes in her quest for knowledge requires an overview of her family's decidedly unorthodox--and harsh--lifestyle. The youngest of seven children, she is raised by strict Mormon parents, committed survivalists living in a remote area of Idaho in the shadow of Buck's Peak. 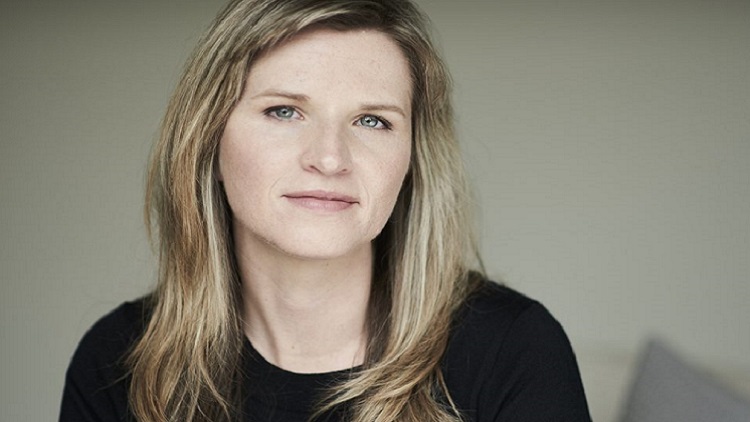 As she tells it, Buck's Peak is both idyllic--"I was of that mountain. That mountain made me."--and brutal. She also endures abuse, both physical and emotional, at the hands of her brother "Shawn." (Westover uses pseudonyms for some family names.)

Her father shuns and forbids anything mainstream or popular, whether it is education, science, medicine or government. There's no school and no trips to the doctor, dentist or emergency room. The children are taught to read, but only so they could study the Bible, the Book of Mormon and the speeches of Joseph Smith and Brigham Young.

We learn of her father's paranoia about being attacked and killed by the Federal government, as were members of Idaho's Weaver family at Ruby Ridge in 1992. So convincingly does he speak of Ruby Ridge that she came to confuse that nightmare with her reality. "In my mind, that was our family and I believed it had" happened to us.

Westover and her siblings toiled in her father's scrap yard. Accidents and mishaps were commonplace. Westover was impaled by a spike in her leg, a minor injury compared to some suffered by her siblings. There's also a car crash in which her mother sustains a serious head injury and a workplace explosion that leaves her father badly burned and severely disfigured. Any and all efforts to treat, heal and mend are supervised by her mother, a midwife and self-taught herbalist.

Encouraged to consider college by an older brother and role model, Tyler, Westover purchases books and teaches herself enough to pass the ACT test and is accepted into Brigham Young University at the age of 17. The world beyond Buck's Peak in general and college life in specific is especially challenging for someone with her history. Worried about how to pay for college, concerned that her grades aren't good enough and socially inept, her path to be "educated" is painful, discouraging and isolating.

Early on, Tara is ridiculed and ignored by her classmates when she asks a single question: What is the Holocaust? (Westover had never heard of it.) Humiliated, she wonders whether she deserves to be in college. She's even shunned by someone who befriended her when it's revealed that Westover doesn't understand the basics of what to read and how to study, let alone take a test.

Her father, literally, demonizes and denigrates her and seeks to keep the family from interacting with her. Since he employs most of her family and relatives in his successful scrap business, he's able to use their jobs as leverage to secure their rejection of Tara.

Despite these and other setbacks, however, it's clear that something is propelling Westover onward. Her deepest motivation is her belief that God is sending her a message to go out and learn. In seeking higher education, she's convinced she's following God's will.

Westover's transformation as she pursues advanced degrees is nothing if not miraculous. I still question how she managed, even with the support of mentors and professors, to land a Cambridge scholarship and a Harvard fellowship. And I'm puzzled by the lack of a deeper narrative for Tara's relationships with two of the men who appear throughout Educated.

The first is Charles, a student she spends time with while attending BYU. He encourages her to break free of her family and witnesses Shawn's violence at a Thanksgiving get together. But a conflicted Tara later angrily rebuffs Charles when he refuses to believe Westover's convoluted claim that the violence was just a joke.

The second mystery man is Drew, with whom she travels at different times in Europe and the Middle East. She calls him "boyfriend," but we're still not sure if this is an intimate or romantic friendship. Nor are we ever told of the outcome of Tara's relationship with Drew.

For many readers, however, the real question is how she continues to profess deep love for her parents despite their hostile and intimidating behavior. She characterizes--and somewhat defends--them as "complicated and full human beings" with whom she still hopes for reconciliation.

Educated explores the rewards--and the very real perils--of learning. This includes the impact of a breakdown. Westover physically acts out her nightmares and the breakdown is so severe that it threatens to derail work on her PhD.

"What is a person to do when their obligations to family ... conflict with other obligations, to friends, to society, to themselves?" she asks. "Can I even be a good person if I'm no longer a Mormon?"

Those questions, in fact, become the basis of her successful PhD dissertation.

At heart, however, this is a book about overcoming self-doubt and finding and forging your own identity even when it conflicts with your family. Education is a path and a vehicle for Westover to achieve her sense of self-worth. It allows her to once and for all deal with her past. She has indeed become truly "educated."