Proust, the Sopranos and Music in the Time of Goons
THURSDAY, MAY 9, 2019 -- Having recently encountered the work of Jennifer Egan via the popular, and very readable, Manhattan Beach, I backtracked to A Visit From the Goon Squad, her Pulitzer Prize winner published in 2010.

It's a journey into the lives and changing fortunes of men, women and teenagers in or around the world of rock and roll music. I naturally expected a work of what might be called traditional fiction, but I found something else entirely. 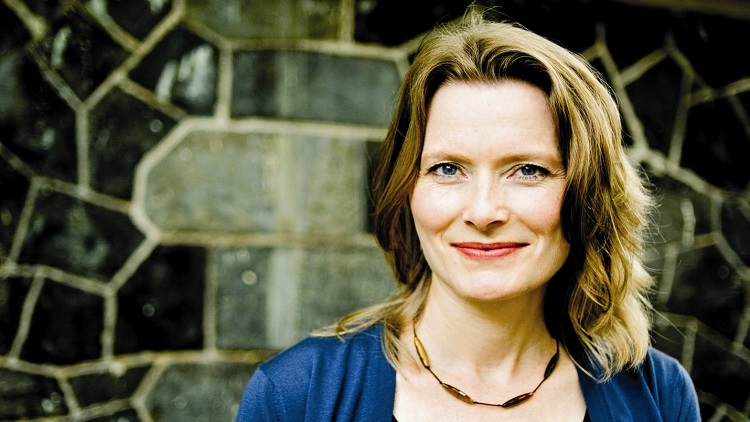 My initial read of A Visit From the Goon Squad left me thinking I didn't much cotton to it. But it drew me in and had me smiling as I went along despite what I consider decidedly confusing sequences and fragments. The discontinuity is unsurprising because chapters--some of which were first published as short stories in The New Yorker and Harper's--are not in chronological order. The characters' significance is unrelated to when, and how, they appear. And in the end, I was not sure whether I had just finished a novel, a loosely interrelated series of short stories--or something in between.

Each of the 13 chapters, engaging in its own right, also can be read as a separate story. Playfully, or so it seems, Egan breaks the book's chapters into an A and B section, akin to the A and B side of records from bygone days. There's even an app that lets you shuffle the chapters back and forth in a sort of riff on a personal playlist.

And then there is Egan's deviation from traditional novel formatting. Chapter 12, Great Rock and Roll Pauses, features a 70-slide PowerPoint presentation that is best viewed at Egan's Web site. Set about 15 years in the future, the slides reveal the musings of the children of Sasha, one of several characters who turn up in more than one chapter. It's a tad gimmicky--How many of us care about the significance of rock music "pauses" even if there's an audio soundtrack of examples?--but it's also a clever and touching window into the characters' family life.

Chapter 13, with the ironic title of Pure Language, is interspersed with text messages and texting language ("if thr r children, thr mst b a fUtr, rt?"). It's more authentic than it reads. But even without these devices, this is a very original--and quirky--book.

And what of that provocative title? Egan says the inspiration was from two disparate sources: HBO's The Sopranos and Marcel Proust's In Search of Lost Time. (A lengthy quote from the latter opens the book.) The titular goons? Time and its impact on the characters, Egan explains. "Time is the stealth goon, the one you ignore because you are so busy worrying about the goons right in front of you."

In Chapter 7, a character named Bosco observes that "Time's a goon, right?" as he wonders how he went from "... being a rock star to being a fat f--- no one cares about?" The phrase is echoed in Pure Language when one of the primary characters asks a down-on-his-luck musician if "You gonna let that goon push you around?"

Throughout the novel, characters come and go and sometimes reappear in different stories as Egan outlines how the music industry changes and evolves from the 1960s to an imagined future. Chapters are filled with family and friends and the wannabes, has-beens and hangers-on that populate the volatile industry.

Two of what may be considered "main" characters are Bernie Salazar, a former punk rock musician turned music producer, and his assistant, Sasha, who has a propensity for theft. We meet both in the opening chapter, though it is set more than a decade after their first meeting. Subsequent stories cover moments in their lives over many years--and many changes.

Two of my favorite chapters are Safari and Selling the General. The former centers around a music producer named Lou; Lou's then girlfriend, Mindy, who adds some amusing commentary; Rolph and Charlene, aka Charlie, children from Lou's first marriage; and a number of sycophants and business associates. What seems to be about a 1973 adventure vacation in Kenya is really a setup that reveals quite a lot about Lou's interactions with others, especially Rolph and Charlie, and a device that reveals what happens years later to the participants of the safari experience.

In Selling the General, we meet Dolly, a disgraced and almost penniless PR person seeking professional redemption and a serious cash infusion. She is approached to transform the reputation of the General, dictator of an unknown country who has a history of murder and the like. The General's aide who hires Dolly is initially under the impression that she is still a PR superstar. Also in the mix: Dolly's daughter, Lulu, and Kitty Jackson, a young actress whose penchant for candid commentary has sent her career into a serious dive. Dolly is somewhat estranged from Lulu due to the repercussions from the disaster that derailed Dolly's career. Dolly enlists Kitty in a scheme to humanize the General and cast him as a benign and relatable person. There are some unexpected turns in Dolly's game plan and a twisty bit at the end that may find you skimming ahead in the book.

The music business is Egan's backdrop for penetrating musings on aging, the passing of time, the role of memory and the fluid nature of relationships. Structurally however, A Visit From the Goon Squad is a random assortment of stories loosely stitched together that give the appearance of a novel.