My Acquired Taste: A Personal Playlist to Discover Opera
THURSDAY, MARCH 26, 2019 -- Whether through family bias or by an accidental encounter that leads to permanent addiction, I've found opera is an acquired taste.

My journey to discovery began when my family and I, refugees from Nazi Germany, came to the United States in 1939.

When I was 11 or 12, a distant cousin took us to hear a Mozart comic opera. It did not resonate with me. Several years later the same cousin took me to Georges Bizet's world-famous Carmen. For reasons I've never been able to decipher, I disliked it intensely.

At approximately the same time in my youth, my father acquired a small, wooden Emerson radio with just two knobs. When he was home that radio was set on WQXR, then the classical music station of The New York Times. At some point the tuning knob broke and, fortunately for my father, WQXR was playing. For the next few years, it was listen to its roster or listen to nothing.

Other kids may have tuned in to Your Hit Parade or to Martin Block's Make Believe Ballroom, but even when we got a new radio, my brother and I were continuously exposed to the classics. Yet it wasn't until I was 15 and one of our French cousins was visiting New York that my passion for opera was born. I was taken to Puccini's La Boheme. As Mimi the seamstress and her Bohemian suitor fell in love on stage, I, without any logic or particular reason, fell in love with the opera.

Listening to opera today is far more accessible, of course. You can stream selections on demand on YouTube or iTunes. As I still do all these decades later, you can listen to WQXR on radio or stream it on the Web or with an app. You can even watch the latest version of some of opera's biggest hits at your local movie theater or on PBS.

I hope my passion for opera trickles down to another generation although my college-aged daughter's first exposure to a live performance--Tosca at the Metropolitan Opera--elicited this comment: It's long. If I've convinced you to give opera a try, however, allow me to present an assortment of my favorites. I hope they'll start you on your own journey of discovery. 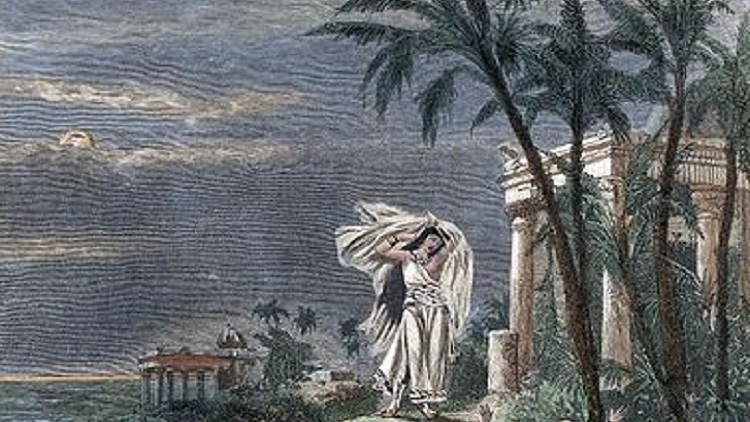 Les Pêcheurs de Perles; Georges Bizet; French; three acts.
Less well-known than Carmen, Bizet's The Pearl Fishers explores how the bonds between two men are tested when they both love the same woman. (The drawing at left represents the final scene of Act One of an 1886 performance at La Scala.) The men's pledge to place their relationship above their desire for her is made in Au fond du temple saint, one of the most beautiful and famous duets on the power of friendship.

Boris Gudonov; Modest Mussorgsky; Russian; four acts.
It's among the most famous--and recorded--of all Russian operas. With roots in an actual event, it is the tale of Gudonov's quest to become Czar and the resulting turmoil after his coronation.

Norma; Vincenzo Bellini; Italian; two acts.
Gaul circa first-century BC is the setting as the Druids attempt to overcome the conquering Romans. But it's a love triangle that sparks fury and violence when the Roman proconsul falls out of love with Norma, the Druid high priestess and mother of his children, and into lust with a mistress. No one is safe from Norma's wrath but when a sacrifice is demanded, there's a surprising turn of events. Norma is considered one of the best examples of bel canto singing.

La Traviata; Giuseppe Verdi; Italian; three acts.
The Paris salons of the 19th century are the backdrop for Alfredo Germont's courtship of the courtesan Violetta. Will she find true love with her young admirer? Not if Alfredo's father Giorgio has his way. This is one of the most frequently performed operas by perhaps the most famous Italian composer.

Rigoletto; Giuseppe Verdi; Italian; three acts.
Considered one of Verdi's masterpieces, it includes the familiar La Donna è mobile. The story involves the rich, lusting Duke of Mantua and Rigoletto, his hunchbacked court jester, who makes fun of the courtiers. A curse has disastrous consequences when a plot is launched to kidnap a young woman Rigoletto has tried to keep under wraps: Gilda, his beautiful daughter.

Faust; Charles-François Gounod; French; five acts.
Just what will a man do to fulfill his heart's desires? Dr. Faust, a disillusioned elderly scholar, is tempted by the devil, aka a persuasive Mephistopheles. The devil offers Faust a plethora of earthy and earthly delights in exchange for Faust's soul.

The Tales of Hoffmann; Jacques Offenbach; French; three acts.
Lovesick artists may well recognize themselves in this opéra fantastique. Hoffmann, a lovelorn poet based on a real person, shares tales of lost love with his friend, Nicklausse. What can you say about a guy who falls in love with, among others, a mechanical doll he believes is human? The forlorn Hoffman is nudged back to his calling--poetry--via a Muse, who reminds him that "Everyone learns from love ... and tears."

Lucia di Lammermoor; Gaetano Donizetti; Italian; three acts.
A Scottish castle is the scene of secret meetings between star-crossed lovers from rival families: the willful but emotionally fragile Lucia Ashton and Edgardo di Ravenswood. Can their love survive the machinations of Lucia's ruthless brother who has forced his sister into marrying another to save the Ashton estates?

Andrea Chenier; Umberto Giordano; Italian; four acts.
Hailed for its romantic plot and dramatic music, it's a love triangle set during the French Revolution. Loosely based on actual persons from that period, the cast includes the poet, Andrea Chenier; his beloved, the aristocrat Maddalena; and Gerard, her family's servant who pines for her and plots to destroy his rival.

"Cav and Pag"
The colloquial term refers to two operas often performed together: the one-act Cavalleria Rusticana (Rustic Chivalry) by Pietro Mascagni and the two-act Pagliacci (Clowns) by Ruggero Leoncavallo. These late-19th-century Italian operas set in Italy are probably the best-known works for non-opera fans. Cavalleria is heard--and seen--in the climactic finale of The Godfather Part III while director Martin Scorsese opens Raging Bull with excerpts. Meanwhile, the "sad clown" character seen frequently in pop culture--everything from The Simpsons to Seinfeld--is often patterned after Canio, the head of the Commedia del Arte troupe in the play-within-the-opera in Pagliacci. Betrayal by both male and female lovers--and the fury and revenge it provokes--are the heart of both of these verismo operas. 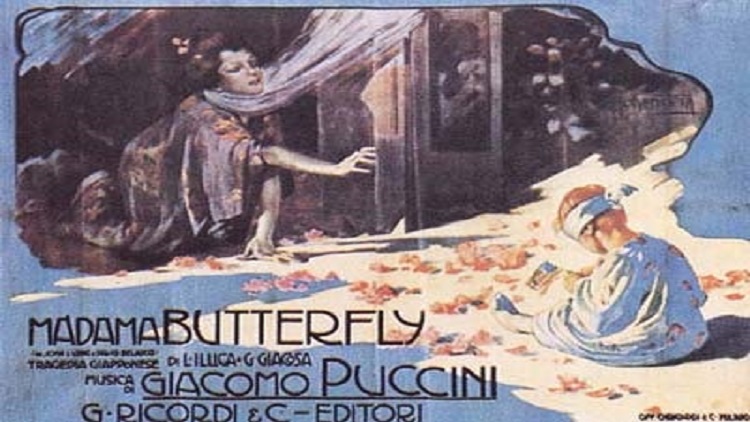 A trio of Italian Operas by Puccini
Giacomo Puccini is one of my favorite composers and three of his most popular works have long been on my personal playlist. La Boheme is the familiar four-act story of two impoverished lovers, Rodolfo and Mimi, set in 19th-century Paris. It spawned any number of movies and, almost a hundred years after its first performance, was the inspiration for the Broadway smash Rent. Meanwhile, Puccini's musical masterpiece Madama Butterfly is the inspiration for Miss Saigon and an integral component of another Broadway stalwart, M. Butterfly. The three-act opera revolves around the sexual manipulation of a teenaged Japanese girl, Butterfly, and the shameful behavior of the American Naval officer who lured her into a marriage of convenience. Its content has taken on new meaning--and criticism--in the #MeToo era, but was controversial even when Puccini was casting more than a century ago. The lead character of Lt. Pinkerton was so odious that he had to revise it in order to attract singers to the role. On the other hand, Puccini's Tosca is much loved and much less controversial. Aiding a fugitive leads to all sorts of trouble over three acts for the Roman artist Cavaradossi, beginning with his jealous lover, Floria Tosca. It's also an opportunity for Scarpia, the police chief who lusts after her. He hauls Cavaradossi off to prison for some torture. Will Tosca succumb to Scarpia's lascivious blackmail to save her lover?